The Capital of Jordan with a population of about 2 million people, I have found it to be very diverse. With a city center on the poorer level and the same old type of infrastructure, along with the west side of Amman to be a complete contrast with designer clothing stores, all the fast food chains you can think of, all the conveniences of technology – a side of Amman that is very wealthy. Culturally, there is a very big difference between the rich and poor. Even in Cairo, the wealthy areas you still had the same type of infrastructure. Here in Amman on the west-side is very modern with very nice villas and flats. I have found it to be surprising, the modernization of western ways. There are cultural differences among the wealthy regarding dress, certain behaviors, and certainly there is less of an outward appearance regarding religion. Here in the Arab world money grants freedom. The poor people are in want of a better life which money can provide that. The rich people just want more – a bigger house, a nicer car. Observing how people relate to money can change a person’s perception. 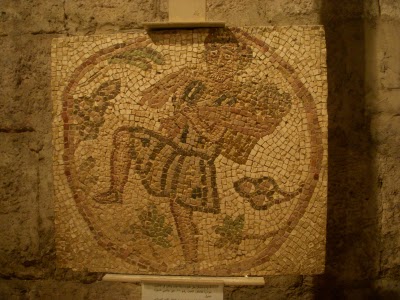 I have been looking at some Apple computers again. Basically, it would cost me about the same if I would order one through the Apple Store in America, pay the sales tax, pay the shipping and the duty tax. Here in Jordan I can get 13% back in taxes at the airport and only end up paying 3% to the government. Really it would add up to be the same. I am contemplating buying one, I just have to decided if I want to carry it around from place to place. I guess Lebanon is having some problems. I e-mailed the women I met and I am waiting to see what she has to say about what is going on. If Lebanon slides into a civil war then I will not be going. I can always just head to Syria and just wait at the border for a visa. Many people have said that Syria kind of relates to money such as Egypt, although I have not heard this from other travelers, just from Jordanians. Here in Jordan I have met people from Palestinian parents and just met a guy from Iraq, everyone one I have met are very nice people and haven’t held anything against me just because I am an American. I do tell everyone, openly, that I was born and rasied in America. Today I am going to the couch-surfing gathering here in Amman. Tomorrow I am meeting the nice girl, who I met in Petra, for dinner.

By the way did anybody notice that my blog has a page rank of 4, I can’t believe it, this happened without even trying to get a page rank.