Here is the wood burning stove, I have plenty of buckets that prevents from going out in the cold and fetching more wood or coal.

Last Thursday I accomplished getting my car registered in Plovdiv, a painless process with all the correct documents in-hand. Also, I paid the insurance, which is very cheap, about $100 a year. Somewhat strange when you think that some Americans might pay $2000 to $3000 a year for car insurance. The insurance in Bulgaria is a socialized state run insurance; everyone pays the same amount. And, I also got the Greed Card that insures me throughout Europe.

Shopping in Plovdiv I found some avocados, ginger and broccoli, very rare items indeed. There are several large stores in Plovdiv that are foreign owned that carry imported items. I also found some burrito tortillas, salsa, Chinese oyster sauce, and some fantastic Japanese sesame oil, and other Asian items. I will make my own taco seasoning, although no sour cream in Bulgaria. Though, at this big foreign owned store it is clearly noticeable that the vegetables and fruits are pesticide/genitally manipulated; the massive size is an indicator. The local vegetables and fruits in Parvomay are home-grown and fresh. Nowadays, I am leaning more raw and light foods such as rice, oats, and lentils. My entire diet has changed since I departed two years ago.

The vegetable roots—beets, radishes, and many others—during the autumn are just outstanding, including the delicious pomegranates. The Pomegranates are the bomb, I slice them in half in a bowl and squeeze out all the hearty red juice, fish out the seeds with a fork, discard the pulp, and refrigerate the bowl overnight. The oats I cook are similar like a granola, with seeds and raisins. I cook the oats in milk, but without letting the oats absorb all the milk, and then append homemade honey. The locally produced Bulgarian sausage is decent if a person likes eating sausage products, my cat is crazy over Bulgarian sausage. My neighbor is making wine from their grapes and bestowed a bottle of their red stock, excellent home produced vino, also some yummy bean soup and healthy cole slaw without the mayo. I cannot over emphasize that Bulgaria is a nice place once a person is established and you are OK watching the cows shit in the streets, at least here in the village that is the reality. This might sound negative, but it is not; Bulgaria is comfortable, and traditionally relaxed as long as a person avoids the production of a project or any pursuit any ambitious ideas because many ideas just don’t pan-out.

The predominant positive aspect to living in Bulgaria as a foreigner is that nobody attempts to charge me more for the item I am buying. In many ways Bulgaria is a fascinating culture, the village life is even more fascinating, I can admit the inclosed comfort zone is cordial. My dealings with the Bulgarian people are that they are honest and friendly, even though a negative undercurrent exists, but considering the dynamics of the government bureaucracy, the police mentality, the low meager wages, it makes sense. In America the predominate emotion is anger, the result of the fleecing that the crooks of the Federal Reserve (which is a private bank) and on Wall Street have created, and the police state that it is progressing to become.

My cat is crazy about my daypack. Observing from a distance what the ultra greedy western governments, and bankers are pursuing, and especially in the United States is astonishing. Have you asked how can a country that has designed itself as a healthy, hygiene, money rich country that produces the state of the art water and waste systems (even though most American believe their water is unhealthy to drink) and the most advanced technology in disease research, and then there are reports are that over 22 million American have contracted the “Swine Flu”. I cannot help from asking if anybody has wondered that these greedy manipulative control freaks of government, bankers, and wall street villains con-cocked this disease to motivate people out of fear to accept the vaccination and to produce more control for when they unleash their New World Order plan? The people who are getting the vaccination have no idea what the mixture contains. Has anyone thought that maybe the high levels of government created this flu virus? The main question to ask is “do you think the leaders in government, banking, and Wall Street are the good guy?”

Lou Dobbs quit CNN after 30 years of broadcasting, he was the only anchor that would attack the actions of the government. I said to myself three years ago that Lou Dobbs would quit or get the axe someday. Maybe he should team up with Alex Jones who reports the honest truth of the wicked actions the government, bankers, and the corporate scam artists in connection to the “New World Order”, which will be a reality for everyone. Alex Jones conducts an Internet streaming broadcast, and has a somewhat large cult following; however, he is not on a major network. Because of popularity, Lou Dobbs can cause damage to these greedy, power fanatics. Under a CNN contract they possess control over their employee. Maybe Lou Dobbs, Alex Jones, and Michael Moore will team up. For the millions of Americans that refuse to notice what the government and bankers are pursuing, it is time to wake up and prepared for when they act to control the nation with their high-tech gestapo tactics. Interesting enough, when I talk to other open-minded people from Western Europe or the UK with an amiable level of awareness, they comment that the same thing is occurring in their country. Once the Western Plutonomy gain the ultimate level of control to pursue the New World Order of enslavement, the middle-class will be deposed. Even after the Wall Street Bankers swindled 1.4 trillion dollars from the American taxpayers, most American people are still under their delusion, which the root cause of delusion is 60 years of brainwashing deception of the media. Even though a portion of the media workers are waking up, it is the number of years people have immersed themselves in front of the hypnotic television that creates an ultra high alpha brain condition that results in a passive mind.

Not only people need to be prepared for this occurring, they need to prepare for the arrival of the Man of Lawlessness in the flesh who is the master and director in spirit of these greedy tyrants. I am not referring to violence within the context of fighting back when using the term “prepared”. The preparation needs to be of Endurance. 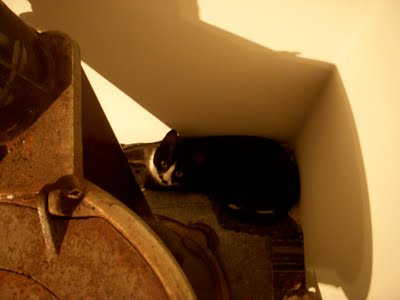 The people that cannot see this realty are glued to their TV and too afraid to face the truth. The powers of the media had created a propaganda that is a complete delusion; mind controlling TV over the last 60 years has strived earnestly to produce the brain inept to problem solve effectively. Passive activity is creating an indecisive society that unconsciously depends on the media to troubleshoot. The Wall Street Plutonomy, which is a form of fascism under the delusion of democracy is of total corporate enslavement. How many Americans know that an “Environmental Police” exist in New York. The Plutonomy government has created this entire environmental issue, by playing both sides, to make money. Closely contemplate the word Environmental, “Environ” defines as “enclosed”, and “Mental” equals: an enclosed mentality.

The awareness of the truth averse to the lie and against the darkness of greed is the predominant issue. There is no stopping what will happen. There will be a rebellion, this is why there are multitudes of Fema concentration camps being built around America. However, the spiritual wise will remain neutral, clearly observe, endure, and teach others the truth: 911 was and inside job.