Quick Update: I took the bus from Konya through Antalya and I stayed in Olympos for two nights, this time of the year the area is slow, although I would never visit Olympos during high season.

Yesterday I arrived in Kas, this area of Turkey from Antalya to Fethiye (the coast of Lycia) is truly beautiful. I got a great deal here in Kas, only 20 YTL with bathroom, plus they said I can use their kitchen. I am dying to cook my own breakfast, I love my own cooked American Style breakfast, it is the only thing I miss on a regular bases.

Time is ticking, I will have to leave Turkey by November 12 at the very latest for Athens. Traveling Turkey for three months would be no problem, it looks like it will be a total of 10 weeks for my travels in Turkey. 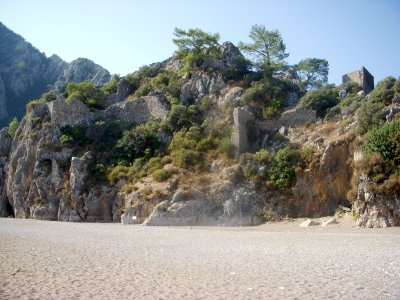 Arriving in Antalya I was tempted to stay a couple of nights to see a historical site called Termessos. The next day in Olympos I decided to rent a jeep for the first time since my departure. 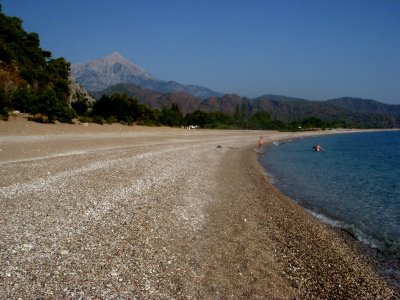 Olympos is a road lined with pensions down to the ruins of Olympos that ends at the beach. The area is known for a backpacker haven that started with tree-house type of sleeping. There is still some tree houses a person can sleep in, although the bungalows are much more comfortable. Each pension offers the regular breakfast (bread) and dinner in the price, however, you might be stuck with tourist food at the place you’re staying. Even so, Olympos can be a relaxing experience that has a beautiful beach, what will matter will be the pension that is chosen. This time of year the area is much slower than in the summer. The nights are cold, but the daytime is warm and pleasant.

The jeep was great, first time I drove since last November, however I would not want to have an automobile for my traveling, I am happy not owning an automobile, the cost of gasoline is crazy—in dollars and gallons unleaded fuel is $7.00 a gallon or 3.10 Lira a Liter. I headed toward Termessos that is past Antalya and into the mountain with the jeep. 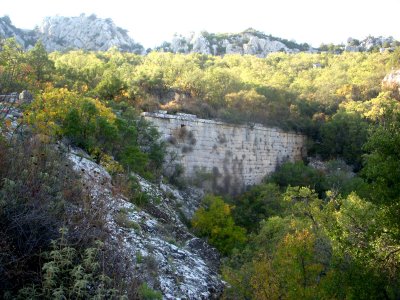 Termessos is a historic city that was impossible to conquer, the area is deep into the mountain that provided an ideal defense system. The wall of the upper city in the above picture. 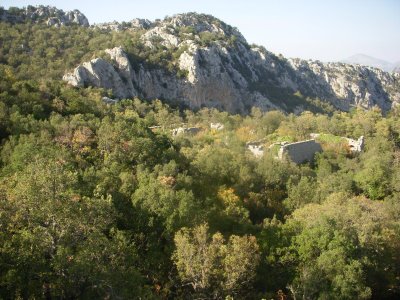 Alexander the Great passed through the area and tried to subject the city—the city fought off Alexander’s army and within his wisdom he moved on and left the city. In 70 CE the Romans accepted Termessos as an independent ally and allowed the city to provide its own laws. The Roman Empire declined to make Termessos a subject city. There is no information concerning the Christian era and Termessos. 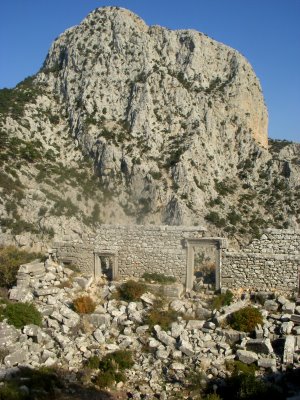 The location of the theater (the above picture) is stunning with a beautiful mountain backdrop. The walk is one kilometer up hill to the site. The temple of Artemis and Zeus were the main temples of worship for the city. 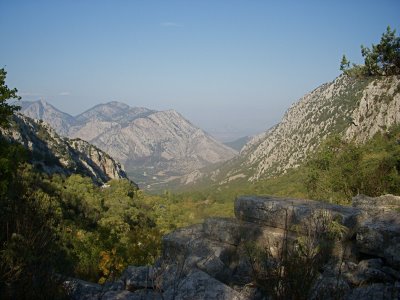 Phaselis (the two pictures below) was once a Greek/Lycian city, the location is romantically relaxing. The colonnaded walkway of the ruins of the city strands from one harbor to another. 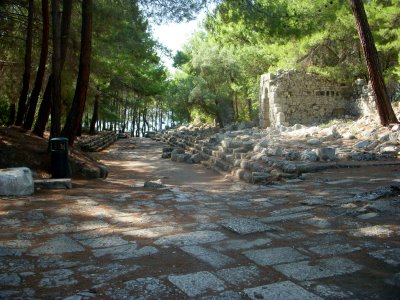 It is a beautiful area for swimming or a boat ride. 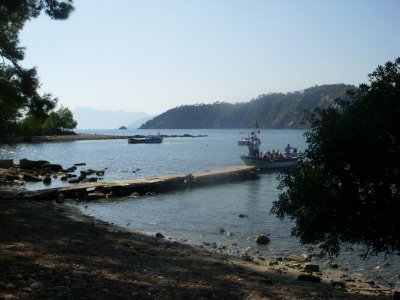 Chimera is only about 7 kilometers from Olympos. Chimaera is a rocky slope that emits gases that blaze fire out of the ground. It is a one kilometer walk up hill to the site from the parking lot. 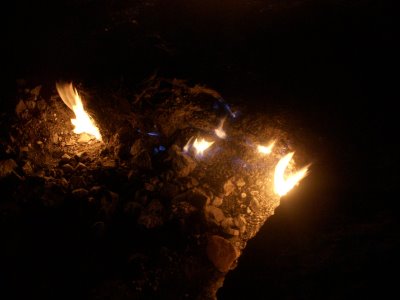 Chimaera was the son of Typhon, remember back at the caves of heaven and hell, Zeus kept Typhon in the cave of hell and then buried him under Mount Etna thereby creating the volcano. Chimaera was a fire-breathing monster, part lion, goat and serpent, which was created by Typhon and Ekhidna. On the orders of the King of Lycia, the hero Bellerphon killed Chimaera by mounting Pegasus, the flying horse, using an aerial bombardment Bellerphon poured molten lead into Chimaera’s mouth. Today, and for thousands of years the end-result is a continual emitting of gas that flames without a match. When entering the site they tell people—no smoking. 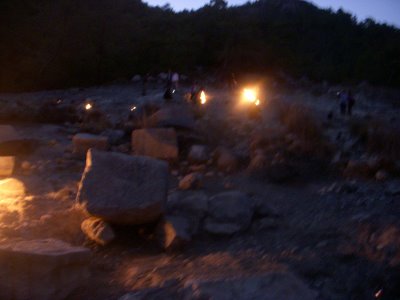 Totally exciting stories from Greek Mythology I am looking for more sites from the Greek myth stories. If a flying horse would exist I would own one.