I took a day trip to Pylos from Kalamata yesterday. Pylos processes an immense natural harbor. Pylos is a picturesque town that resides with an absorbing history. From Pylos I took a bus up to Nestor’s Palace and then hitchhiked to the museum at the small town of Hora. 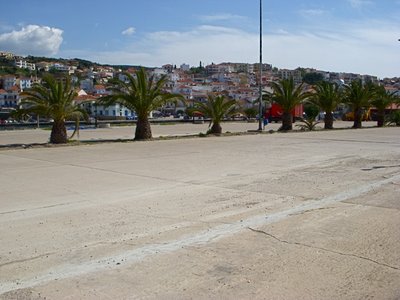 Nestor is a mythical hero who fought in the Trojan War, and interesting enough, who voyaged with Jason and the Argonauts. For all regular readers you might remember my stop in Giresun in Turkey, a stop that Jason and the Argonauts experienced. As I mentioned formally, even if the mythical stories are not precisely true—it is the location of the story that interests my intellect. Nester’s Palace is only a foundation, not a big hype, but the history and location is interesting and beautiful. In addition, the Mycenaean Palace was two stories. The most modern history of Pylos begins in 1827 when a combined fleet of British, French, and Russian fired at Ibrahim Pasha’s combined Turkish, Egyptian, and Tunisian naval fleet sinking over 50 ships and killing 6000 men in the bay of Pylos. The reprehensible action of the allied fleet is considered a misunderstanding and should have never of happened, the original plan was to influence the Turkish out of the bar of Pylos. Within my travels of Turkey, you may recall the beautiful Ishak Pasha Palace near Mount Ararat. Although this Ibrahim Pasha is of Egypt who ruled after Muhammad Ali, you may recall the post of The Citadel of Muhammad Ali in Cario. There is much more history of Pylos that can be found at this link. 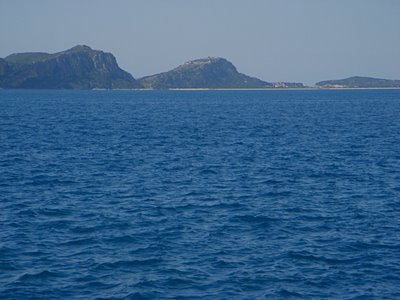 Interesting enough, in this area resides Voidokilla Beach where is said to be Homer’s Sandy Pylos. Telemachus, the son of Odysseus, asked the old King Nestor of his fathers whereabouts (remember Odysseus couldn’t fine his way home and Telemachus left Ithaca in search of his father). Also, within this area is Nestor’s cave where Hermes hid the cattle that he stole from Apollo—exciting stuff. One of my favorite stories is the journey of Odysseus. 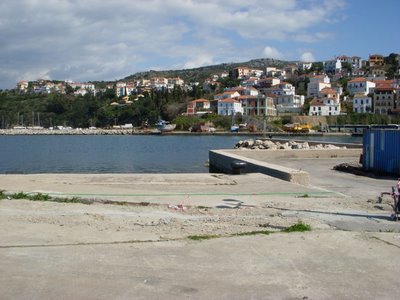 The town of Methoni is only eleven kilometers south of Pylos. Methoni is one of the seven towns offered to Achilles by Agamemnon to settle the Trojan War, Achilles declined the gifts; I did not make it down to Methoni, but wanted to reveal some historical information of this area of Messinia of Pleoponnese.

In regards to the story of the American couple that also couch-surfed here in Kalamata, I know them from the blog world. They do not update their blog often, although I noticed they were in Egypt and they were on their way to Israel at the time I was in Israel. I sent a friendly e-mail that I added their link on my blog, and asked if they wanted to meet in person—I never received a response. I always have an interest with reference to locations people have traveled; previously, I have received many ideas from other travelers. From their travel route, a strong feeling within dictated this was the couple from the blog world. I have a rule; if a person does not ask about my travels, I will not talk about myself. They never did ask about my travels, although we talked about Egypt. The depth of conversation I shared concerning the Egyptian culture, I observed that they refrained from having an interest concerning my travel route, length, and style. I have met people on seven-month, twelve-month, and sixteen-month journeys—as in this couple— strangely enough, some “round the world travelers” will not have a mutual interest in the other traveler.