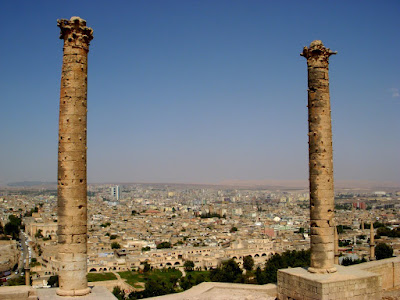 Tuesday, I arrived in Sanliurfa (Urfa) by bus, a mere two-hour ride. Today I just arrived in Mardin. When I was at Palmyra, in Syria, a woman gave me a card to a guesthouse here in Urfa. I called upon my arrival, and the person picked me up from the bus station. The guesthouse is comfortable and amiable—the family that owns the place is Krudish; the breakfast and dinner are included in the price. The town of Harran is 50 Kilometers away; Harran is the area that Abraham’s father settled after leaving Ur according to the story in the Bible.

Interesting enough, Sanliurfa prides itself that Abraham was born here in a cave, during the time of King Nimrod. The story continues that Abraham was of Kurdish decent and that many prophets lived in Urfa, such as Job, Elijah, and even Moses spent seven years in Urfa before he went back to Egypt. It is most unlikely that Moses made his way through the Levant—Jethro, Moses’ father-in-law, and his family lived near Sinai and Arabia. 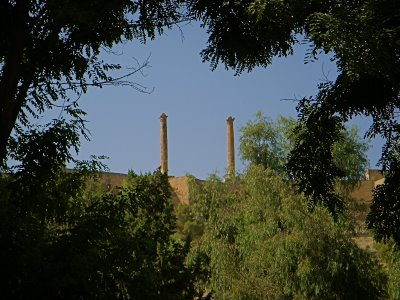 The popular Western thought is that Abraham’s father Terah left Ur of Sumer with his sons and settled in Harran. The Quran teaches that Abraham was born in Urfa in the cave, although the Quran uses the word “Ur”. This could be the truth of the story—after Terah left Ur of Sumer Abraham was born in Urfa. The Sumerian kingdom experienced destruction after Terah left Ur, and the Amorites, a tribe of the Canaanites, invaded the land. Urfa is most likely the place Abraham was born. After Abraham destroyed all the Idolatry in the city, as the legend teaches, he might have moved to Harran. Living in Harran, Abraham and his family left to dwell in the land of Canaan upon Divine direction. The details are not that important, even so, it bestows people of religion something to debate. 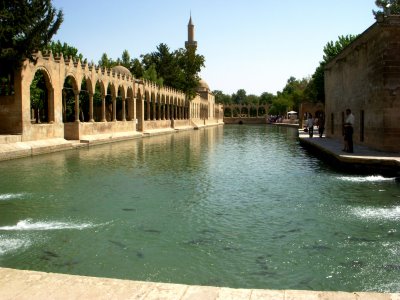 Another popular story in Urfa is about the vicious and cantankerous King Nimrod, whom had Abraham launched from a catapult from the city’s citadel to fall into a pile of burning wood of maggots, most likely the result of destroying all the idols in the town. Happily, God intervened, and turned the fire to water and the maggots to fish. Today the traveler can visit the mosque complex surrounding Abraham’s Cave and The Pool of Sacred Fish. The cruel ruler’s giant slingshot is represented by two Corinthian columns still standing atop the citadel. This King Nimrod, though, cannot be the King Nimrod of the tower of Babel, because the dates do not match, plus Babel was most likely in Babylon. 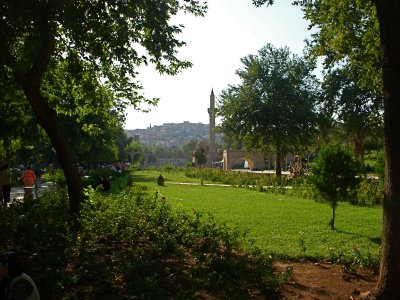 However, the most important lesson of the biblical account to grasp is that Abraham clearly listened, a quality that lacks among humanity. Yet, cognizant when to listen is the trick, if I had listened to some humans formerly I would have never had progressed to where I am at today. 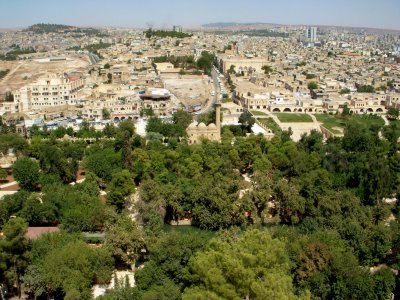 Discernment is crucial to identify if the Sacred Spirits are speaking within or through another person, listening is vital. The majority cannot identify the spirit world, nor cultivate discernment, nor do they listen.

I met a French man here at the guest house; he took the train from Istanbul to Van, a trip of 48 hours. He mentioned that he is thinking of going back six days early, a combination of the heat, expense is the cause, I can understand this summer is testing many travelers. Since I entered Turkey, I have not slept in a room with a fan, although I am doing OK with the heat and sleeping well. A few travelers in Syria and this French man mentioned about them and other people getting sick from food. 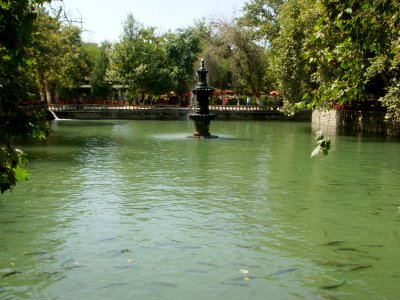 I could get sick at any time, although maybe being on the road for a while has help. Drinking the water in each country and eating the food might have made a difference to fight the bacterium that easily affects short-term holidaymakers. At any rate, a harsh sickly event could occur at any moment.