The Sun Temple at Konark in the State of Orissa is one of India’s signature archeological landmarks and an Unesco Heritage Site. Most people visit the sun temple on a day trip from Puri or Bhubaneswar. Constructed during the mid-13th century to celebrate a military victory over the Muslims, the sun temple experienced continual usage for three centuries. I hired a guide at the temple grounds for only 150 rupees, and the guide is well worth the extra that appends to the increased foreigner fee of 250 rupees next to the Indian 10 rupee entrance fee. There are only a certain number of guides that are registered at the Sun Temple, try to avoid non-registered guides. 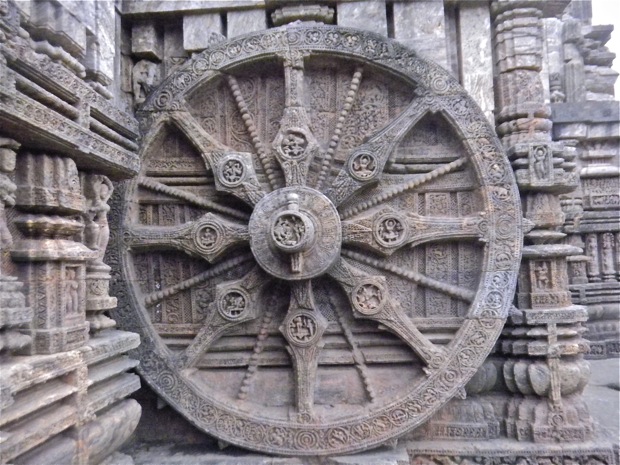 One of the Chariot Wheels at Konark

Today I am near Darjeeling and haven’t decided if I should visit Assam to the east or Sikkim to the North, currently Sikkim is much colder that Assam. Or, I could just stay in Darjeeling. 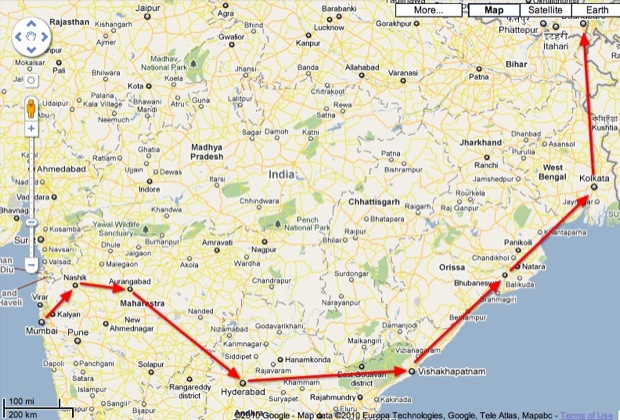 The Distance from Darjeeling to Gangtok or Guwahati is both a good 8 hour train ride, heading to Sikkim the ride is up hill.