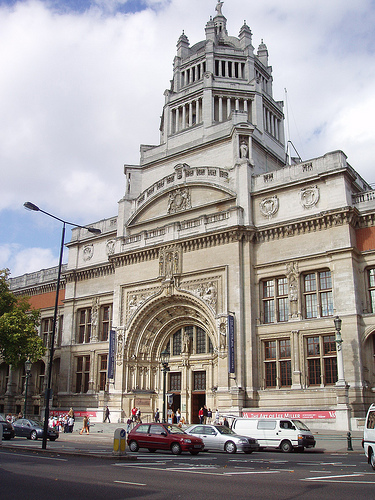 Kensington, like the gardens to which it gives its name, is perhaps London’s prettiest area. It owes much of its beauty to the exquisite architecture on display, dating from the height of Georgian opulence, and on through the Victorian era. It’s a choice slice of the British Empire in west London. A key part of this rich cultural heritage is the many museums. Any child who grew up within an hour or so of London fondly remembers day trips to these globally-renowned bastions of education.

If you can, give yourself a night or two in Kensington to get the most out of the area and maybe catch a show at the Royal Albert Hall. Allow two days for museums and just walking around, taking in the other extraordinary buildings, like Imperial College London. Book a hotel room – try millennium.co.uk for a magnificent Kensington hotel.

The three main places to take the kids are the Victoria & Albert Museum, the Natural History Museum and the Science Museum. Each one is a world class attraction in its own right, best experienced with a whole day at each. But if you can only manage a day, their close proximity to one another makes it easy to get round all three. If your sprog has a particular love of, say, dinosaurs, focus on the Natural history museum for most of the day and spend an hour in the other two.

Purposely developed as a centre of education and culture, Kensington was built on profits from Prince Albert’s 1851 Great Exhbition, which brought together some of the greatest technological and architectural advancements of the Victorian era.

The V & A (pictured), as any self-respecting Londoner calls it, was named in honour of Albert’s scientifically progressive reputation (and his wife, who tended to get public institutions, not to mention public houses, named after her). It houses what is generally regarded as the world’s finest collection of decorative arts, offering a timeline of cultural history. It’s fascinating stuff – but if you have a younger child who may not have developed an appreciation of the subtleties of Persian ceramics, consider keeping your stay in the V & A a brief one.

Instead, take the younger ones to the Science Museum. Full of fun, interactive exhibits, the kids will stay entertained for at least three hours before getting tired. For the teenagers and adults on your trip, it’s fascinating to trace the development of our understanding of the world around us, and the strong influence scientific discoveries have had on the planet.

The Natural History museum was built between 1873 and 1881, and is home to the UK’s largest collection of fossils. Full-scale dinosaur models and skeletons will set the kids faces alight. You may have trouble getting them out.

Next post: Packing for a Trip to the United Kingdom