The first three pictures are of Tatvan, the next four are of a small town in this area called Bitlis.

I arrived by bus to Tatvan that sits on the west side of Van Lake, the largest Lake in Turkey. This area is considerably cooler residing at a higher elevation. I survived the extreme heat of this summer; the weather should be tolerable until the peak of winter. A six-hour bus ride from Diyarbakir, the ride through the mountains was an enjoyable site. We stopped in this small town half way to Tatvan. The small towns are very conservative, acting out the play according to the belief system. The small towns observe Ramadan by shutting down all the restaurants. Kind of a comical observation, men sitting at the coffee shops expressing a bummed out demeanor waiting for the last prayer call of the day to smoke, eat, and drink tea. The ego enjoys playing the victim on a large scale—the public is very unaware of the invisible energy of the ego. In the big cities, the restaurants are open all day; from what people say, the observation of Ramadan is 50% in the cities. Around 7 PM, dinner begins for everyone. I was out around 9 PM, in the streets of Tatvan the observation is 95% men walking the streets and sitting at the coffee shops. A major cultural difference from the West, although there are positive and negatives to the behavior of each culture. From Egypt to Turkey there is the common foundation of culture based on the Quran, applying the rules are essential to preserve the honor. Personal and family honor predominates over love and forgiveness. The utter shame that a person could face controls the population, thus, the behavior of gossiping, criticizing and judging is justified. The western lifestyle threatens the controlled lifestyle of the Middle East—fear paralyzes any movement for change.

Considering the behaviors of the West such as teen pregnancy, abortions, single parents raising a child, serial killers, single parents abandoning their child to a dumpster or through murder—alcoholism, high divorce rate, infidelity, sexual obsession, disregarding the gift of virginity, child abuse, high crime…the list continues—these behaviors are appalling to the people in the Middle East. Because of the behavior in the West, the conservative, traditional cultures in the East are resistant to change, they are better off without those types of problems. Nevertheless, each person in each culture faces the same destiny—rebirth—a continuous cycle that allows each spirit to experience different cultures—thus, this truth (if a person can grasp it) can break down the current attachment to your own culture, and nationality. A truth that humanity is blinded from, comprehending the rebirth cycle would cause a person to think twice before they act upon their behaviors. 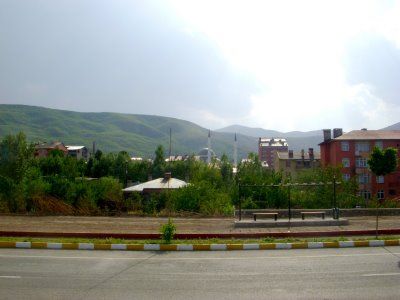 The true purpose of life is that each person is to pursue spirituality, seek the truth, and to attain a higher level of consciousness, thus, upon death transform into a Sacred Spirit that is incorruptible to the darkness, the very few can attain this goal. Karmic bonds prevent the masses of humanity to seek spirituality—consequently, a purposeless existence within the enslavement of the body and culture will prevail, clearly, this is the observation. This question of “purpose” has arisen many times within a conversation, because of sensing their boredom in life—the idea of pursuing spirituality is confused because of their ingrained religious dogma. The context of the subject of consciousness is deluded. The religious dogma and practice of worship justifies the reason to seek a deeper spirituality, Christians and Muslims have commented in agreement, they have their religion, even if they are not active in their religion. Hence, boredom dominates the populace that is yearning for change. Change is slow and brutal because of the high level of fear that is ingrained into each person; honor verses shame predominates that causes robotic actions of the populace.

The towns that I have visited since Urfa are all similar, the demeanor’s of the public lack a positive, smiley look, everyone dresses and conducts himself or herself “properly” within the public eye, the sense of humor is nil. The robotic behavior of action relates with the bottom issue—honor verses shame. The West, not so long ago faced the same subject of honor verses fear. An excellent example of Roman Catholic dominance that provided a remedy to the preservation of family honor is the Magdalene Asylum system in Ireland. The last Asylum closed in 1996, only eleven years ago. The Magdalene Asylums evolved into a prison for the “fallen” female. In most asylums, the inmates were required to undertake hard physical labour such as laundry work under the harsh, brutal supervision of Irish Catholic Nuns. Such as here in the Middle East, during the twentieth century in Ireland, including all of the western world, the female that had sex before marriage was branded a prostitute. Hence, the family would preserve their honor and avoid public shame by sending their daughter away to the prison asylum. Many women would live their lives and die in the asylum in their old age. Within one asylum, 150 bodies were found in unmarked graves; the families conveniently forgot about their own daughter, the behavior of the men is justified, as it is here in the Middle East. The quotes below are fine examples of the mentality of the darkness. 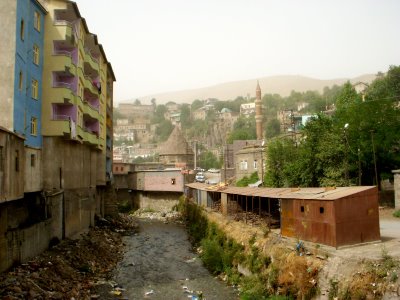 “Inmates were required until the 1970s to address all staff regardless of age, as “mother”, and were called “children”. As one priest wrote in 1931: “It may be only a white-veiled novice with no vows as yet; and it may be an old white-haired penitent giving back to God but the dregs of a life spent in sin. It matters not. In the Home of the Good Shepherd the one is ever the ‘Mother’ while the other is always the ‘Child’.” —Finnegan P42

To enforce order and maintain a monastic atmosphere, the inmates were required to observe strict silence for much of the day. “The Rule of Silence was a major feature of the women’s lives and continues well into the second half of the twentieth century.” The asylum inmates extended beyond prostitution, to unmarried mothers, developmentally-challenged women and abused girls. A movie that depicts four women that underwent the experience working in an Irish Asylum is the Magdalene Sisters. Of the four women, one women was orphaned and was noticed flirting with boys, thus, to protect her from “sin” she was transfered to the Asylum. Another girl was raped from a cousin and they forced her into the Asylum, nothing happened the man. The two other women became pregnant before marriage, after giving birth, their babies were taken from them and they were put into the Asylum. If nobody showed up at the Asylum to claim the girl—the girl was imprisoned for a lifetime. Two of the girls portrayed in the movie escaped. The four actual women were interviewed that was portrayed in the movie. 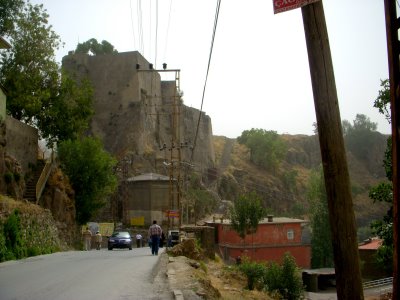 Not so long ago the Western world lived with the issue of honor verses shame; many families and regions still hold on to this concept of life.

Considering the tactics of the darkness, the strategy used by entrapping humanity is impressive. Playing upon human pride that causes the importance of honor, humans become fearful of each other. An abusive tongue causes a bad reputation that causes utter shame. Shame and humiliation are motivating emotions that control a culture. The abusive behavior toward women is from the influence of the darkness. The love of the light does not judge, nor abuse the status of a women. Jesus honored women and forgave active prostitutes—he was a person of compassion. Even though, each person will live out their karma in their life and within the culture. Understanding that the Western world, not so long ago, was dominated by the same mentality of honor verses shame, should teach the wickedness that the darkness has caused all over the world. Inner Pure