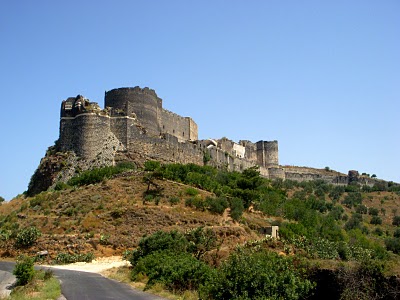 The Castle of Marqab is the third crusader castle on the circuit of the Syrian coast. Strategically positioned to control the coast during the crusader and Mamluk era, the castle was in view for communication purposes with Salah ad-Din. According to T.E. Lawrence – Marqab combined ‘all the best of the Latin fortifications of the middle ages of the east’. 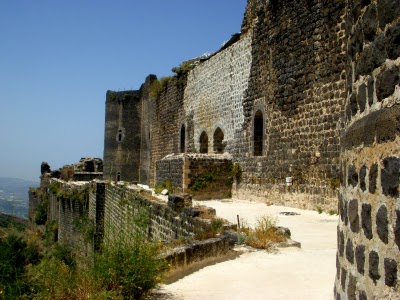 Originally built as a Muslim stronghold, the Knights Templar took over the castle in the 12th century, and in due time along with Crac and Salah ad-Din, lost it to the Mamluks. 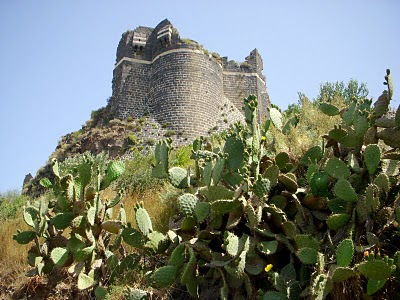 This castle, compared to the other two, was built from black basalt rock; perch upon a hill commanding spectacular views of the Mediterranean Coast. The Mamluks controlled the Castles of the Crusaders until the Ottoman era. 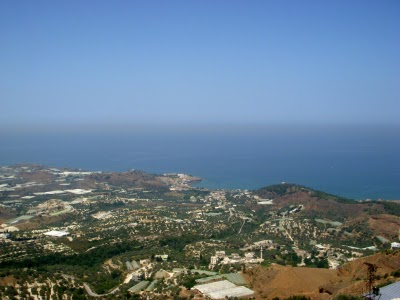 Today was a toss up on where to go. Just a few kilometers to the north of Lattakia resides Ugarit. Although, there is very little to see – Ugarit was one of the most important cities on the coast during the Canaanite era. Ugarit was not only a major trading port, but also a place of academics with the development of the Ugaritic alphabet. During this time before 1200 BCE, their patron god was Baal who correlates with Amun of Egypt, which there are the foundations of a temple of Baal. There are also the foundations of a Temple of Dagon that was the god of the Philistines, mentioned in the bible, during the times of Eli the high priest, and Samuel the Prophet. Deciding on which place to visit was a toss up; nonetheless, since I am into the castles lately, I went to the Castle of Marqab. 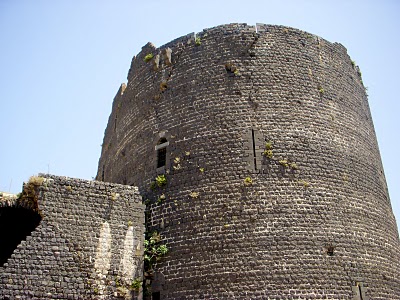 The fortified side of the castle was on the southern side, because of the gradual slope made the castle more vulnerable. The grounds of the castle design are kind of a triangle shape. Some people, the way they spoke of this castle – devalued the site. I found it to be absorbing and thought provoking by comparing the three castles. 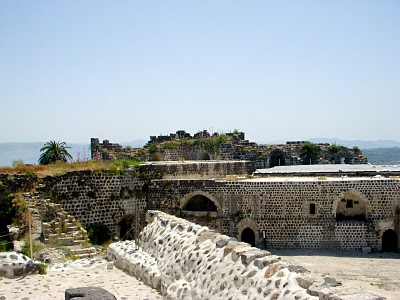 Two people from England moved into the hotel yesterday, although they seem to live in China, they say it is very easy to work teaching English in China. They said they have been traveling for the last three years, it seems like they base their-selves in China. They are on their way back to China going through India. However, they could fool anyone that they have been traveling for that long, they were in an extremely quick hurry, kind of cold, and not even wanting to take time to visit – somewhat strange. 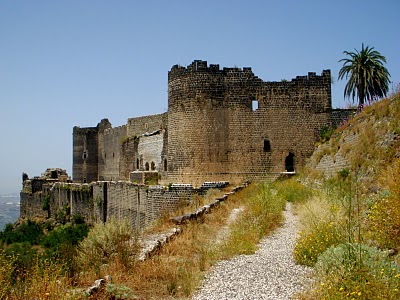 The dynamics of Syria is complicated, so complicated, that people are not willing to talk about it whatsoever. Freedom of speech is subdued; even so, Syria is a nice country to travel. People are friendly, even though they keep to themselves. Therefore, traveling from Egypt to Jordan to Syria has proved to be very fascinating and captivating. I find it to be a toss up, regarding what country are the most enthralling, absorbing, and stimulating. 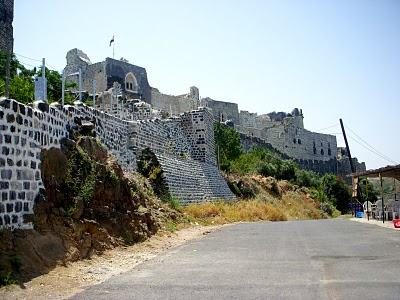 In Egypt, people are very friendly, although they can deplete the traveler by wanting so much attention, energy, and conversation from the traveler. In Jordan, they are more mature than in Egypt, even though, they are more reserved in an outgoing style, and good conversations are accomplished as you go north. Here in Syria, for the traveler, is very relaxed, certainly, a hassle free country, due to the fact that people leave the traveler alone. Even though, the meaningful conversations have come to a halt – people are very helpful, more honest, and very welcoming. Syria is very safe and a delightful country for the long term nomadic traveler.

The rest of the pictures of Marqab have been uploaded to Shutterfly.