The Karak Castle & A Major Update. 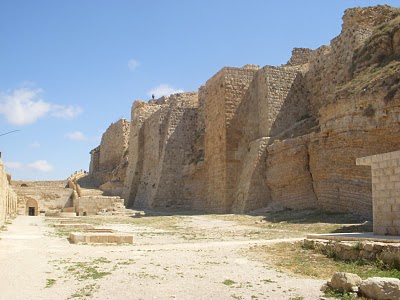 A Major Update: I have had some major developments happen lately. First I have a couch-surfing situation for a few nights when I get to Amman. In Karak I met two American women, one who has been living in Beirut since August. They rented a car for their holiday here in Jordan and were heading to Madaba and invited me along. Today I arrived in Madaba, and I will be flying to Beirut by the 21st of this month. She said Lebanon is just fine, her and a friend from New York just travel everywhere in Lebanon. So it is settled – I will be heading to Beirut and travel Lebanon for up to a month, and then head to Syria, which once I have a visa from Lebanon getting one from Syria will be no problem. I might try to get the visa in Syria extended. From Syria I will head north to Turkey. My summer travels are set. Here in Jordan I have been staying at hotels which have been charging 10JD per night, which is about $15.00, I have been eating for about 5JD a day. I have started to wash my clothes in the hotel bathrooms. Transportation has been inexpensive for the most part. 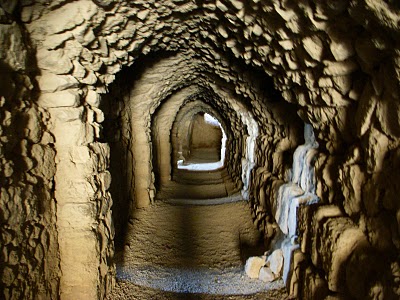 The Karak Castle is a major defensive stronghold that has stood since the twelfth century. On the way from Petra I had to take a taxi, there is no bus from Petra to Dana. On the way to Dana we stopped at the Shobak Castle. All the way from Jordan to Northern Turkey the Crusaders built castles. Some very impressive defence systems they created. The building of the castles are amazing in itself. 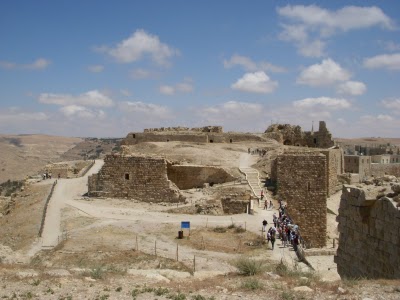 In Karak and Madaba is where the kingdom of the Moabites resided. Moab was born out of incest from Lot and his daughter. The Kings Highway is where Moses lead the Israelites north to cross the Jordan river. The last stop for Moses was Mount Nebo just north of Madaba which I will be visiting. While in the land of the Moabites the Israelites did get into trouble because of the tongue of Ballam – long story. The Kings Highway is hilly and must have been difficult to travel. From Dana to Karak we drove through the Wadi Hasa, I must say it was like some small grand canyon. On the way to Madaba there is the Grand Wadi Mujib. I guess there is no public transportation through this Wadi, it was nice to get a ride from the two American ladies. 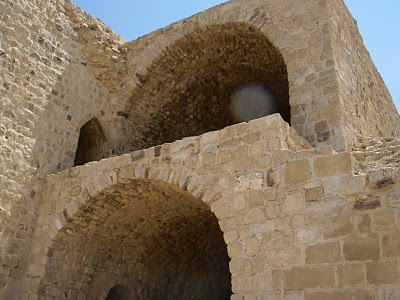 The culture here in Jordan is much more Arab then Egypt. Of course the Egyptians really don’t want to be considered Arab, although they are because of the language and the religion. The mannerism of Jordan is completely different then Egypt. I do have to say Egypt does have a better sense of humor, it’s very easy to get into some laughs in Egypt. There is something special about Egypt I will never forget. One thing in Jordan on the buses men don’t sit next to women, in Egypt no big deal. The separation of the sexes and how a cultural is taught that sex is taboo is a fascinating educational experience. Nevertheless, people here in Jordan have been more honest. I guess Lebanon is even more open. Here in Madaba I am staying in a very Christian area. The hotel I am staying at, the family was having lunch and invited me to eat. A very nice Christian family with a couple of cute babies – the energy is totally different then the Muslim families I have experienced. 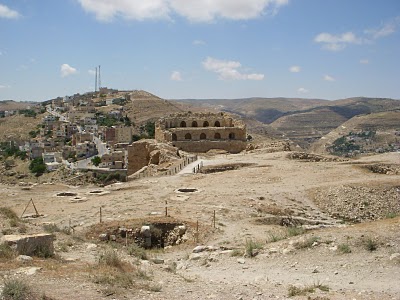 The same culture as Arabs, although with differences due to religion. I personally don’t take any sides whatsoever. There are only two sides within this world – the darkness and the light. There are some people that are more selfish than others. A person cannot say that any one culture is negative – there are positives and negatives to each and every culture around the world. I have met several groups that are very rude, hey that’s the way groups are, not all, but most. Even if you have a rude group from Holland or France, that does not mean that everyone is that way in those countries, I have met some very nice people from France and Holland. Everyone is at different levels of spirituality, different levels at learning how to be friendly to the stranger, different levels of selfishness. 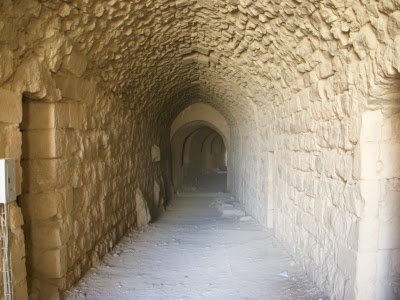 There are only two sides – the Darkness which hates the Light. From the human eye, people see many dualities and differences, which is normal. The ego takes on the self-centered attachment to ones identity, patriotic nationality, religious identity of specialness. Transcending the these dualities is the only answer to be able to observe with a neutral eye, without judgement.