The Streets of Athens. Back in December, the riots in Athens started because a police officer killed a juvenile. However, this incident tipped off the cover of the cooker that accumulated over time because of the fascist tactics of the police. Today, everything is calm, although the tension and bitterness of the public toward the police are easily noticeable. The riots happened everywhere, including outside Athens. A person might ask whether Athens was dangerous during this time? The bottom line is if you get involved then you could be harmed. Currently, the police walk around in groups of three or four, and with bullet proof-vests. The police throughout the world are trained with a fascism type of mentality. The idea to “protect and serve” is turned into a dominance of injustice. The streets of Athens are fascinating in itself; there are streets that are ghettos filled with drugs, and prostitution. I was walking toward the Museum; the street to the museum is a normal busy street, although just next to the new museum, by the older museum is crack-cocaine alley. People were drawing lines and smoking crack right on the street. A person might ask, is it dangerous? The answer is No, unless a person gets involved; nobody will bother an individual walking down the street, although a single woman could feel uncomfortable walking through some of these street ghettos. The overall reaction is to draw your energy within yourself, walk confidently, and look as if you know where you are going. Do not let the emotions of fear, defensiveness, or being timid engulf your emotional reality. Another aspect that has complicated Athens is the influx of foreigners, Africans,  Pakistani, Chinese, Indian—it an interesting issue to observe how people relate to differences.

The stress of the economy is prevalent upon the demeanor of the public of Athens; such as the same, everywhere I have traveled. The main concern is economics, feeding the family, paying the rent. The powers of the darkness, through their human cohorts have complicated the world that stresses the common individual. However, many people complicate their own lives because of want-of-heart. For the last year and three months I have travel countries that pursue dietary regulations, a nice aspect about Greece food is not an issue. 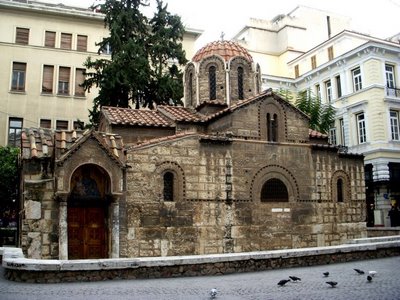 Nevertheless, people here in Athens talk to me how simple the villages and small towns are of Greece. I will soon be experiencing the countryside of Greece. During the winter a person can manage spending $30 a day, during high season the prices rise considerably.