The Temple of Amun – Karnak!

I just added over 100 pictures to Shutterfly. They are mostly from Bawiti, The Black Desert, The White Desert and the old town of Mut. More is on the way. I am on the west bank today, it has been very difficult to relax staying on the East Bank, I am happy I moved. Yesterday I went to the Karnak Temple. Karnak is gigantic and vast; the site measures about 1.5km by 800 meters, large enough to contain ten cathedrals. Karnak was the main worship center for Amun, Mut, and Khons. At the end of the temple area they have a row of Sphinks to the temple of Mut, in this same area there was the temple of Khons the moon god. These three gods are the main lower entities during the Middle and New Kingdoms. The temple of Mut was about 150 meters down the sphinks avenue from the Karnak Temple, it was closed, although the two guys still let me in to take a look around. I of course baksheeshed them, it was will worth it. I also walked over to the Temple of Krons, which there was not a single tourist. I must say that temple in itself was well worth the time. The two arab guys toured me around and I also paid them a fair amount of baksheesh. I don’t mind giving baksheesh at certain places, although I don’t baksheesh everyone because everyone wants a tip here in Egypt. Tuthmosis III was the Napolian of Egypt in 1479-1425, Amenhotep III was the next powerful pharaoh during the New Kingdom 1390-1352, then of course Ramses II you hear about the most 1279-1213. Egypt was very powerful with graceful temples, all the walls were brightly painted, each Pharaoh added to the Karnak temple, although, one man of meekness and of humble orgin made a historical mark which has been hidden – that was Moses. Moses exsited and turned the Nile into blood by the power of the Divine. The nats, and frogs etc… the disater accumulated with the Pharaoh’s first born son facing death. Nevertheless, the question remains, is there any proof? What makes sense and what does not? The Jewish scribes up until the second century B.C.E. manipulated the Hebrew Scriptures and changed the chronology and dates of events. Therefore, the historians believe that the Pharaoh that delt with Moses was Ramses II which is incorrect, there’s a mummy of Ramses II in the Egyptian Museum, which I viewed with my own eyes. The Pharaoh that faced Moses died in the red sea chasing after the Israelites which would rule out Ramses II. Plus, the first born son of Ramses II – Ramses III – was the next Pharaoh who was also very powerful. 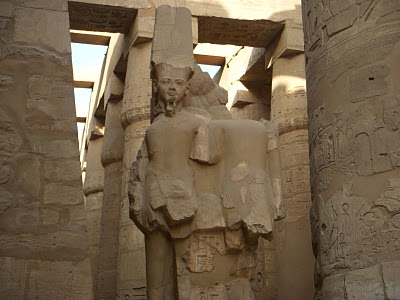 So where does the mystery reside? A person has to look at Amenhotep the Third and afterward. The historians are mystified, which always will be because of the deception of this world. They are stuck in darkness. There isn’t a mummy of this great powerful Pharaoh that delt with Moses because he died in the Red Sea. They found a wipp regarding Amenhotep’s III first born son, which said he died a mysterous death. Amenhotep the Fourth was the second born son of Amenhotep the Third, the Queen Mother (the wife of Amenhotep III) was still living. At this time, after the death of Amenhotep the Third, they closed the temples of Karnak and Luxor and moved the Capital to the Amarna area just south of Minya. Not only did they move the Capital, but they discontinued and abandoned the worship of Aumn, Mut and Krons. They started a monothistic worship of Aten the Sun Disc. Amenhotep the Fourth changed his name to Akhenaten. This makes sense, due to the fact that the Queen Mother and Amenhotep the Fourth were eye witnesses to the great power of the divine; they changed the worship and moved the Capital into monthistic worship – one god worship of Aten the Sun Disc. Amenhotep the Third is the Pharaoh who Moses faced. Moses – a man of meekness, a man who had the backing of the powerful spirit of the light, devestated the grand, powerful kingdom of Amenhotep III, which at this time the New Kingdom was at it’s height. Amenhotep the Third built an amazing amount of buildings and structures by using the Israelite slaves. After the death of Akhenaten, King Tut moved the Capital back to Karnak. Also Seti the First (1294-1279) built a shrine for all three gods in the Luxor temple and Karnak, not only that – he also built the temple of Abydos which there is not any mention of the Amarna era. Seti the First built seven shines to all seven gods to gain their favor at Abydos. He was also a very powerful King which his mummy does exsit. The Egyptians back in history always tried to cover any negative history. The Amarna is a fine example. 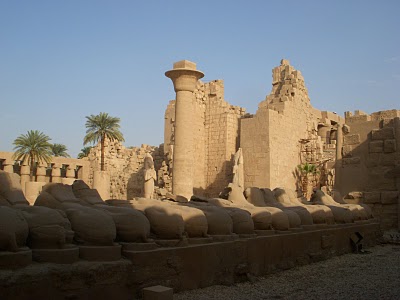 This information does calibrate as true by using kensiology through consicousness. The lower entities who rule this world, Amun – who is Baal – The Master of Darknes, the one who the Israelites choose to worship; is no match against the power of the light. Due to the fact that these lower entities are selfish, they would never give a helping hand to humans anyway. All over the world people have heard of Moses and Egypt. Moses a humble man, a meek man, fulled with wisdom and the spirit of the Divine, lead the Israelites out of Egypt. Goshen resided in the largest Oasis in Egypt which is modern day Al Fayoum. There is a highway going from Al Fayoum to the red sea – highway #54. Each person needs to use disernment and decided for themselves what the truth maybe. Only a person who dilligently seeks the truth will be blessed with indentifying what is true and false. This is what I have learned, each person can take it or leave it. Amun is the same god (lower entity) as Baal the orginal wicked one. Mut is his consort, protrays herself as the mother, and Krons is the son, the moon god. These three lower entities are the same entities that control religion today, along with countless other lower entities. Moses wrote the commandments – stay away from worshiping these lower entites which they use religion as their source of energy.