The Temple of Hathor – Dendara. The temple is virtually intact and a site to behold. Dark chambers, twisting stairways, underground crypts; this temple goes back to the Ptolemies era around the 30th dynasty into the Roman period. 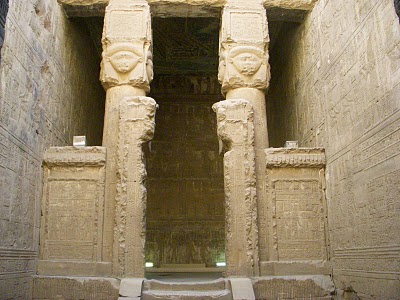 Each temple area, for the most part, had a sacred lake within the area. This was for bathing and other types of ceremonial washing. Studying religion you may notice that washing is still a ritual along with celebrations with food. It’s the same thing just within a different form of worship. We had Valentines day together, the whole family – Egyptian style. We had stuffed pigeon for dinner with other foods, although there is no English word for the types of Egyptian foods I have been eating. All the food the women have cooked has been wonderful and interesting. They certainly have an interesting family life. They get into big conversations over very little subjects. Everyone has an opinion, and when there are disagreements everyone respects each others opinion. They kind of bicker on a regular basis, although when you get 12+ people living around each other, bickering tends to be normal. They have very strong family values, their all very close. They really like that I have been staying with them and they welcome me anytime I am in Luxor. Experiencing traditional Islamic family life has been eye opening to the lies and miss-conceptions of the west. Staying in Al Qasr and having the opportunity to live with this family I can say that the traditional Islamic way of life is not all negative. Sure each culture has its problems. When it comes to what an Islamic extremist is? I couldn’t tell you – I haven’t met one yet as far as I know. The subject has come up from what happened in the mid-nineties. Every one has said that those attacks was against the government, which the only way to hit the government in Egypt is to attack tourism. Those times are over with, because people know that the government is not going to change and the police is heavy handed nowadays. Egypt is safe. 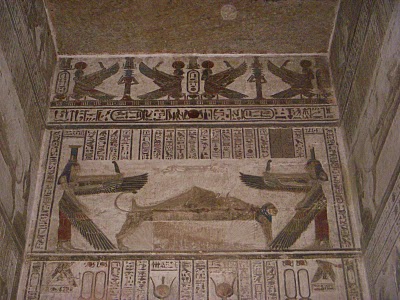 One thing to keep in mind if visiting Egypt, all they want it is your money. They will not bring any harm to you, people are very kind, although there are good and bad people all over the world; the bad type of person is out for money. I feel perfectly safe traveling in the micro-vans with the locals. You may read that the police might try to put you on a train or escort you everywhere in some of the towns? This has not happened with me, they have allowed me to travel the way I want, even micro-vans with the locals. They just don’t want a tourist to stay in the small towns such as Qena or Sohag. They do convoy the big tour buses all over because of the large groups, with a police escort and everything. With a single traveler they leave alone, with me at least. At each check point they ask where I am from and where I am going and that’s it. Once in Upper Egypt there are a lot of check points. I am heading out of Luxor today for Edfu. I will not be posting until at least Tuesday night or after. I will be visiting three temples on the way down to Aswan and the one temple in Aswan. I will be spending one night down in Abu Simble. After Aswan I will be heading north, I hope to be able to tour the temple at Abydos and the area of Tel Al Amarna. From there, back to Cairo for a couple of days then out to Sinai. Everything is going as planned.