Trabzon is a complete contrast from the towns that I have visited since I left Antep in Southeastern Turkey. What a complete head rush. There is an immense amount of beautiful women on the streets. Indeed, Trabzon is an area with the most attractive women in Turkey so far, and since I left Beirut. Trabzon is the largest port in Turkey on the Black Sea coast. After the fall of the Soviet Union the growth of population are people from Russia, Georgia, and Armenia, and Azerbaijan, moving to Trabzon for better economics. Trabzon dates back to the eighth century BCE. 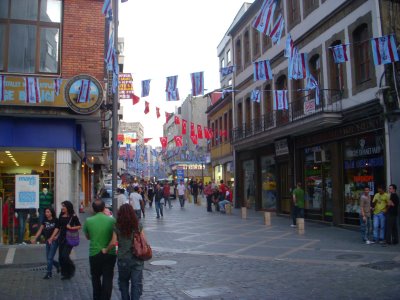 The mixture and Russian influence is easily noticeable. Along with the Russian arrivals brought the ancient old lucrative business of prostitution. The hotel I am staying at somewhat doubles as a brothel; within this district many hotels are brothels within, although it seems like it’s a low profile arrangement. I have not been approached with the idea of purchasing—I don’t mind being around girls who have sex for money, although I am not interesting in buying. 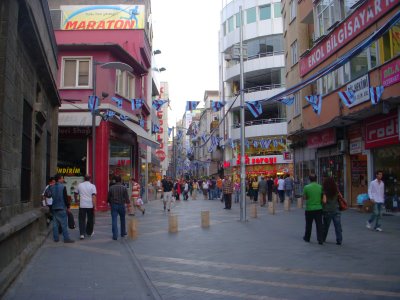 Traveling from the conservative towns of the East and southeast, Trabzon is a little overwhelming. A cosmopolitan town with a bustling main square that branches off into side streets that are pedestrian only walkways. However, observing the balance among women and men creates a pleasant atmosphere.

The below three pictures are of the Chapel of the Monastery, notice the fear that is displayed. At this point in history the perception of Jesus was, and still is, extremely obscured. 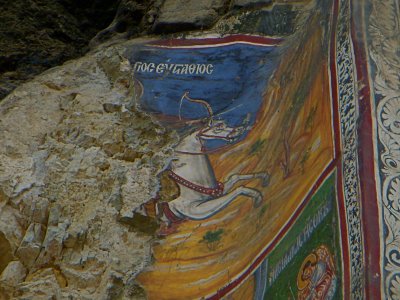 Many people do dress to impress, even so, the fashion is not overboard compared to the superficial outward display of Beirut. Men and women hold hands and show affection in public, a complete contrast from the conservative towns that I have been visiting. Here in Trazbon a person would never guess that it is Ramadan. I have observed that Ramadan can be healthy for a nation—fat America could greatly benefit from a fasting episode. My eating habits have changed for the better during this time of Ramadan. Spiritually speaking, a person can fast all they want, though if the person acts selfishly or greedy toward their fellow citizen—Divine favor will not be granted because a person is fasting. Avoiding certain foods because of a moral reason will not gain Divine Favor, either. Nevertheless, fasting privately without bragging or blowing a trumpet before the eyes of others—for the honest-hearted individual there are benefits to fasting. There are a couple of main sites I will be visiting then heading to Giresun. This month is looking great, I will have accomplished sticking to my budget that I planned.