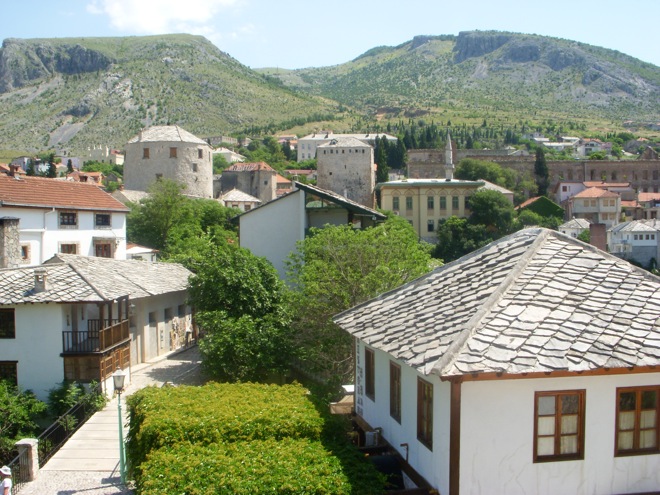 When some people hear of the Balkans and former Yugoslavia they might think of war ravaged Bosnia, and many people still view the Balkans as unsafe. From first hand personal experience traveling the Balkans is a wonderful experience that will not damage your pocket book compared to northern Europe.

The very word of Balkans may translate to ethnic strife and civil wars in people’s minds due to the headlines in the last decade of the 20th century (and unfortunately, there is some truth in this perception). The Balkans, with its rich, though often turbulent history and wonderful nature, offers the opposite. Charming multicultural towns, impressive monasteries and citadels dotting the hillsides, mighty mountains sprinkled with a liberal dose of beautiful forests and pleasant lakes, and last but not the least a great folk music tradition—coming off both as much joyful and melancholic as it could be—all survived various wars, if sometimes suffered a bit from the atrocities. With hundreds of kilometers of coastline on both the Adriatic and Black Seas, beach-goers won’t be disappointed in this region, either.

Within the Balkans and Eastern Europe there are many legal gambling Casinos. All of the casinos are electronic and lacks any card table games with a dealer. I found that a very small percentage of the population visits the casinos. I have never read any negative Casino Reviews concerning the gambling in the Balkans.

I guess a person can also gamble with the new online casinos, but I prefer to learn a game just as fun such as a craps game on the iPod Touch.