Known officially as the Republic of Turkey, this country is located in Western Asia in the Anatolian Peninsular in the continent of Eurasia. The official language is Turkish and most of its people are Muslim. Turkey is a country that has seen so many different cultures come through its borders that when you see all its splendor and ancient buildings, you can’t help but stand in awe. The republic of turkey is a beautiful country. Turkey is very much recognized for its diverse culture that is a blend of various elements of the Turks, Anatolian, Greco-Roman, Islamic cultures and Western cultures. This is reflected in not only the traditions and architecture but also in the daily ways of the people.

Travel Enlightenment travel Turkey a total of three months from Late August of 2008 into November 2008. I visit the South, Southeast, East, Northeast, Black Sea Coast, The Interior, Southwest coast, one of the two Islands, and Istanbul. I enjoyed my 1 year anniversary from my departure date in Turkey. View the Map

There are two sides to Turkey. One is what I would like to call “old Turkey” which displays all of it’s beautiful history, and the other Is new Turkey. The nation is expanding every year, creating skyscrapers in it’s financial district, a high speed train for travelers and residents, and a growing economy. Though Turkey is changing, what brings so many tourists here is its famous landmarks. The Hagia Sophia is a museum in Istanbul, Turkey. It was once a mosque and basilica and was said to have changed the history of architecture. It has stunning paintings and items from its past inside, on the high ceiling and all the walls. Another site is the Celsus library, which is a library built in honor of Roman Senator Julius Celsus Polemaeanus. You can still see its remains in Ephesus in Turkey and see some Roman architecture from 135 AD.

You can go Scuba diving in Antalya, hot air ballooning in Cappadocia, skiing down the snow covered mountains or you can even read the newspaper while floating in the waters of the Dead Sea! The people of Turkey are warm and extremely friendly and the food, like everything else there, is exquisite! 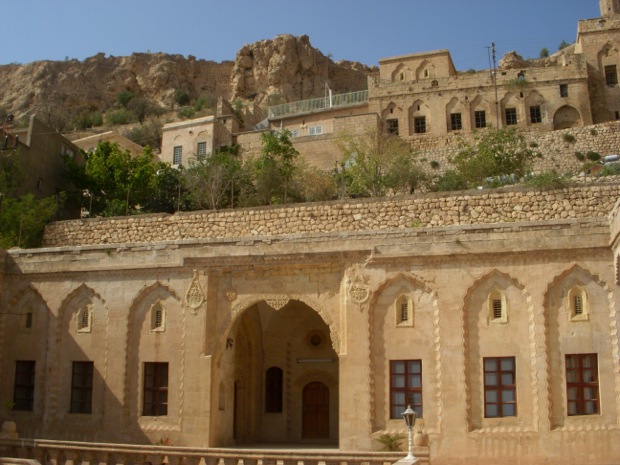 It is best to travel to Turkey in the months of March and November to avail the benefit of lower prices, better availability of hotel rooms and lack of crowds. The summers are relatively warm while the winters are dry and cold. It is best to get a little research in before you travel in order to get an idea of what kind of clothes to take and how best to plan your itinerary.

If nature is what you enjoy, then you must visit the Duden waterfalls in Antalya, Turkey. These sparkling streams of water were formed by the Duden river and drop into the Mediterranean Sea. After your done here, you can rest on the sandy Patara Beach.

When your hungry, try some of local cuisine like: kebabs, baklava, kunefe and mezes. You will fall in love with all the fresh foods they use like olive oil, spices, meats, breads, fish and nuts. A Mediterranean diet is one of the best in the world and you will be feeling better than you’ve ever felt after you spend some time here eating. The food they eat and even the kinds of music they listen to are a mix of all these culture. Istanbul is most certainly a place to visit while in Turkey. Not only does it have beautiful examples of medieval architecture, it is also a very tourist – friendly place to be. Into the Southeest of Turkey

The most visited tourist spots are The St. Sophia Museum, the Blue Mosque, the Pamukkale and the Ephesus. For those interested in history, the Anatolian region has a lot to offer. One of the places to be seen is the historical region of Cappadocia and for those of you who are looking for some adventure; turkey is the place to be!

Overall, Turkey is a place that cannot be missed. The beauty and history of this nation is like none other, and you will want to come back here again and again just to enjoy its richness of culture.

Continue to read over 60 Archive posts of Turkey